Queen's Platinum Jubilee: First glimpse of setting for Party at the Palace

Images of a spectacular 360-degree stage set for the star-studded Platinum Jubilee pop concert have been unveiled for the first time.

The structure will surround the Queen Victoria Memorial in front of Buckingham Palace as 22,000 people, including members of the royal family, gather to watch the BBC’s Platinum Party at the Palace on the evening of Saturday June 4.

An artist’s impressions and animated footage show the structure stretching in a circle around the historic monument, with the palace in the backdrop projected with the image of a Union flag, a large portrait of the Queen, and with lights beaming up hundreds of feet into the night sky. 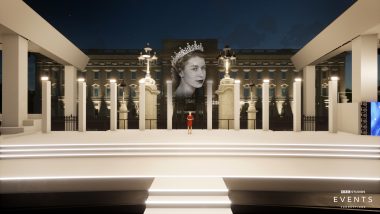 A further two stages – linked to the circular stage by a walkway – will be constructed in front of the palace railings.

Construction began earlier this week to create 15,000 standing spaces around the memorial, and 7,000 seated in the north and south stands. 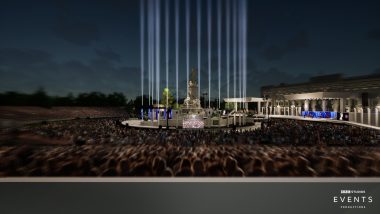 The concert promises to feature some of the world’s biggest pop and rock stars, with a full line-up due to be announced by the BBC in the coming weeks. 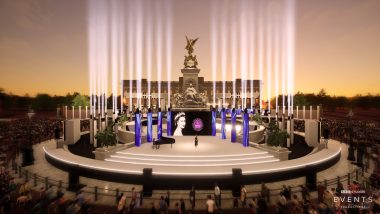 George Ezra will be among those performing at the high profile event, which will be broadcast live on BBC One.

Some 10,000 people have been allocated tickets in a public ballot, and a further 5,000 tickets have been set aside for key workers.

Others invited will include volunteers, representatives from the royal family’s patronages and nominated charity heroes. 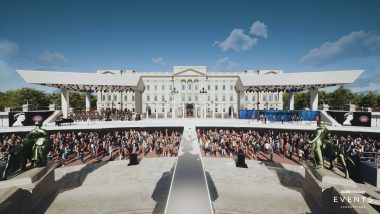