Problems growing your pumpkins? This is what you’re probably doing wrong 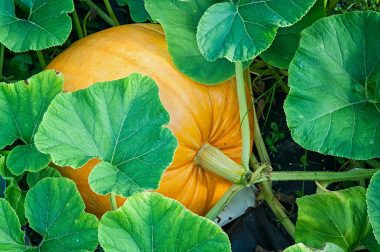 You’ve been hoping all year to carve out the pumpkins you’ve been growing, but if they’ve ended up small, distorted or ravaged by disease, you may wonder where you’ve gone wrong.

So, what are the main problems with growing pumpkins?

“Pumpkins are really quite hungry and quite thirsty, so soil preparation before planting out is really important.

“Add lots of bulky organic matter, some well-rotted manure, even a bit of fertiliser in spring. If the soil isn’t well prepared, you’re likely to get smaller fruits.”

Alison Mundie, team leader for the kitchen garden at RHS Garden Harlow Carr, adds that many problems happen when you first plant your young plants into the garden, after growing them from seed indoors, when either frost or slugs can devastate the tender plants. Mundie explains:

“They don’t tolerate any frost, so it’s a danger point if you don’t put them out at the right time.”

Here, the two experts offer advice on the pitfalls of growing pumpkins, and how to address them.

Pumpkins need a lot of space to thrive, and overcrowding them can be the catalyst for failure, Greenwood notes. She recommends spacing each plant 6ft apart.

“They are related to courgettes and marrows but they are the more tender, fragile, pernickety cousins. Ideally place them somewhere a bit sheltered in full sun,” she says.

Pumpkins like quite a bit of moisture, says Greenwood.

If you don’t water your pumpkins, particularly in dry weather, they will suffer from drought stress, which can lead to stunted growth and make them more susceptible to disease, says Greenwood. The main rule is to ensure the plant’s root is just moist, but not wet. 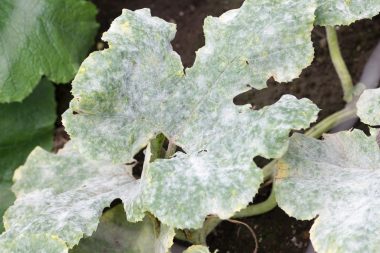 “It thrives in damp air when the soil is dry,” Greenwood explains. “It tends to be worse in mid to late-summer and because you wipe out the leaves, you are dramatically decreasing the amount of food going through the pumpkin fruit, so it will affect size.”

She recommends gardeners water at the base of the plant, underneath the leaves, so you don’t wet the foliage. Dry roots also encourage the problem, so keep the roots moist.

“If I catch it early, I take the scissors and cut off the worst bit, or remove the whole leaf, which will hopefully stop the infection spreading.”

Mosaic virus, which also affects courgettes, cucumbers and marrows, is a common problem. It starts with leaves becoming yellow and mottled and will lead to stunted plants which die early.

The virus particles are spread by handling, and by sap-feeding pests – particularly aphids – so make sure you take preventative action early, by removing any sap-feeders you see on the plants. If you handle infected plants, wash your hands immediately afterwards.

“If you see a plant is infected, take it out and get rid of it in the rubbish, not in the compost bin,” Mundie advises. 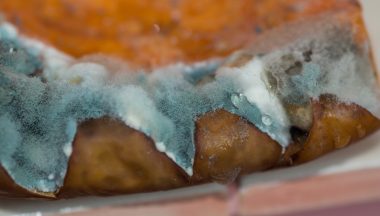 “The main problem is that if you have a damp year or water too much overhead, the flowers rot easily. When you have a little fruit but with the flower still on the end, the flower starts to rot and the rot spreads to the fruit and wipes it out.”

To minimise its impact, cut off dying pieces of plant and don’t water overhead, she recommends. If you see the petals starting to rot but the fruit still looks fine, just remove the flower.

Pumpkins and squashes need male and female flowers to set fruit. The female flower has a swelling behind it, which is the immature fruit at the base of the flower.

Young plants only produce male flowers but as the season progresses and the weather warms up, more female flowers are also produced on the same plant.

If the weather is cold, there won’t be as many bees, so fewer flowers will be pollinated, Mundie explains.

If your plant is lacking female flowers it may be down to lack of sunshine and low temperatures. You may have to assist pollination by picking a male flower, removing its petals to expose the pollen-bearing anthers and then press it into the middle of the female flower.

Slugs may also be a problem, chomping on young plants and fruits before the skins have hardened, which can lead to deformity as the fruits swell. This damage can also lead to fungal infections in the wounds, which may cause the pumpkin to rot in a wet season.

“Harden them off as well as you can, so that the texture of the leaves is harder,” Mundie recommends.

“You can put barriers around the plant base, like cocoa shells or grit, to stop the slugs from going on them, or apply nematodes on a regular basis.”

8. Don’t leave them on the ground

Lift them on to some roof tiles if damp weather is a problem, Mundie recommends. Some gardeners use a bed of straw, but this is more likely to harbour moisture and slugs, Greenwood warns. 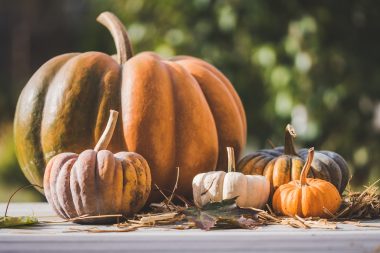 Osteoporosis: Why we all need to look after our bones, and how to do it