There’s not much theatrical depth here, but there is much to enjoy as the story unfolds of how Emilio and Gloria Estefan conquer poverty, prejudice and the music moguls of America with their fusion of Latin American salsa, rhumba, mambo, bolero, cha-cha-cha and hip-hop all rolled into one. 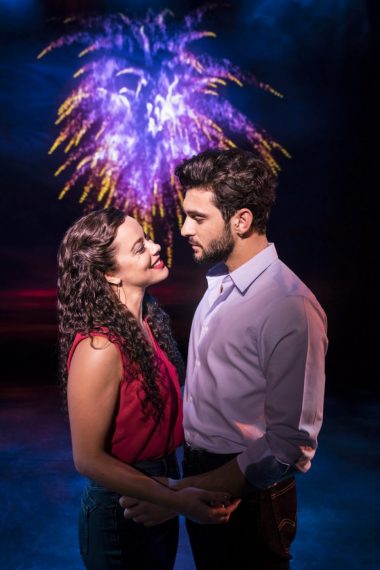 If you closed your eyes you could float away to a sandy white beach and sip a mojito under a palm tree instead of being in the Hippodrome – and what’s to knock in that?!

This is a co-production by the powerhouse of creation that is Leicester’s ‘Curve’ and lead producer Jamie Wilson who brought the show here from Broadway where it ran for two years. The book by Alex Dinelaris does its job – it tells the story but offers up no literary challenges.

Our musical heroes leave Cuba for Miami where they take on the music machine and do things their way making people happily dancing whilst earning millions of dollars and of course living the American dream. 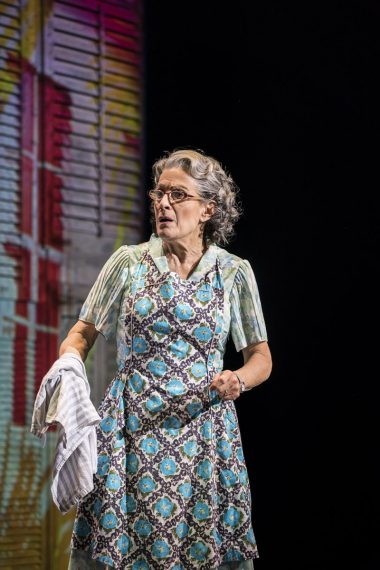 Philippa Stefani captures Gloria Estefan as does George Ioannides with his portrayal of her husband Emilio as far as it is possible with this very one-dimensional script. They look good and sound good but it’s all a bit cartoony. 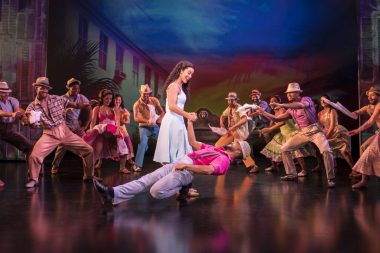 The walkdown when Gloria orders us to our feet to party is enough to send us home happy – though I was almost expecting to have to exit through the casino floor as you do in those Las Vegas show rooms.

If you’re a fan then this is a must – if you’re a neutral like me then it’s okay, but not one for the must-see-again list.